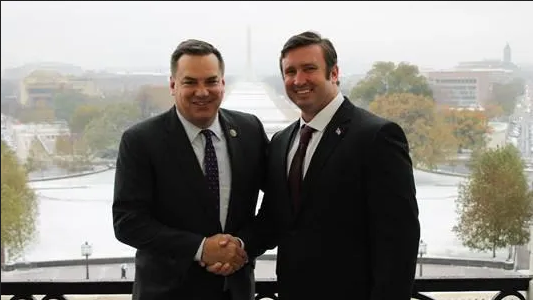 An interim rule for how service members can file claims of medical malpractice is now open for review.

Last week, the Department of Defense released the guidance, which is mandated by the 2020 National Defense Authorization Act in a law named after a Fort Bragg soldier

That’s when Stayskal and his attorney, Natalie Khawam, took on the more than 70-year-old law known as the Feres Doctrine which prohibits military service members from suing the federal government.

The act was included in the fiscal year 2020 National Defense Authorization Act.

The bill authorized $400 million over the next decade for the Department of Defense to pay out military medical malpractice claims made after January 2017.

Hudson previously told The Fayetteville Observer that the spirit of the Feres Doctrine was to protect medics, who often make quick decisions on the battlefield, from worrying about being sued.

Following the Department of Defense’s release of guidance on how to make those claims, Stayskal called it a long-time coming during a virtual news conference.

“I’m hoping this will start the relief process, the compensation process, and just the process to be made whole again,” he said.

During Staykal’s 2019 congressional testimony, he detailed his own military medical diagnoses.

Stayskal said he was taken to Womack Army Medical Center after noticing he was having breathing problems while attending the combat dive qualification course at the Special Forces Underwater Dive School.

Stayskal said he was originally diagnosed with walking pneumonia, but later learned the doctor at Womack had failed to diagnose a 1.5 centimeter-sized tumor on the upper right lobe of his lung.

“This life-changing news that could have been addressed nearly six months earlier while the cancer was still contained to one area of my lung — was inexcusable,” Stayskal said during his testimony.

By January 2018, the cancer spread to the left side of his neck, lymph nodes, spleen, liver, spine and right hip joint. On Jan. 22, 2018, he was diagnosed with stage four terminal cancer.

A spokesman for Womack Army Medical Center told the Fayetteville Observer in May 2019 that though officials don’t discuss “specifics regarding any particular case with the public, we are required to identify, analyze, appropriately report unanticipated outcomes, and take the required corrective actions” to reduce patient risk and improve care.

“Womack AMC is committed to providing the highest quality care in the military health system,” the spokesman said in an email. “We continue to support SFC Stayskal in his ongoing medical treatment.”

Stayskal said not only did a military doctor’s failure to detect his cancer rob him and his family of his life, but he also learned that he and his family had no recourse because of the Feres Doctrine.

Section 731 of the 2020 National Defense Authorization Act states the secretary of defense will determine payment of a claim up to $100,000, or forward the claim to the secretary of the treasury if the claim exceeds $100,000 based on a “calculation of damages.”

“There is no way to fix the wrong that happened,” Hudson said in an email statement last week. “But I hope it’s a little bit of a lifting of a burden for these families and individuals who are facing a terminal diagnosis and facing questions of, ‘How will my wife and children survive once I’m gone?’ This hopefully brings some peace of mind to those tragic stories.”

The interim rule is set to go into effect July 19.

Public comments, which can be filed on the Federal Register website, are open through Aug. 16.

According to the DOD guidance, claims should be filed within two years after the claim accrues, and claims filed during 2020 are granted a three-year filing period.

The medical malpractice must have occurred in a Department of Defense medical center, inpatient hospital, or ambulatory care center.

“A claimant needs to prove by a preponderance of evidence” that a Department of Defense health care provider in a military treatment facility “had a professional duty to the patient involved and by act or omission breached that duty in a manner that proximately caused the harm,” according to the Department of Defense guidelines.

Service members, retired service members or their surviving family members must file a written claim that includes: a factual basis, the conduct that is the alleged malpractice, how much in financial compensation is being sought, and signatures of the claimant or his or her authorized agent or legal representative.

“While DoD is not requiring an expert opinion at the time of filing a claim, claimants may submit whatever information and documentation they believe necessary to support their claim, as claimants have the burden to substantiate their claims,” the Department of Defense guidance states.

For the Army, claims should be presented to the nearest Office of the Staff Judge Advocate, to the Center Judge Advocate of the medical center in question, or with U.S . Army Claims Service, 4411 Llewellyn Avenue, Fort Meade, Maryland 20755, ATTN: Tort Claims Division.

Staff writer Rachael Riley can be reached at rriley@fayobserver.com or 910-486-3528.

Support local journalism with a subscription to The Fayetteville Observer. Click the “subscribe” link at the top of this article. 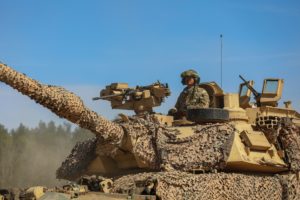 If you are a victim of medical malpractice 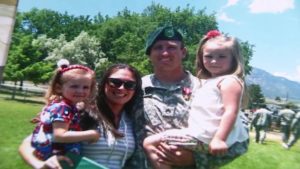 TAMPA, Fla. – Men and women who serve our country are suffering, and some have died due to serious errors in military health care. For years, they could not seek any compensation or remedy from our government. But the story of Richard Stayskal, and his efforts in Washington, drove change. 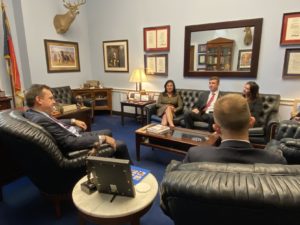 The U.S. Department of Defense will soon begin 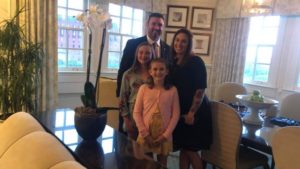 He says Army doctors never told him about a mass on his lungs. Now this soldier is fighting for the right to sue

Army SFC Richard Stayskal is hoping to change the Supreme Court precedent, which prohibits active duty service-members from suing for malpractice or negligence. 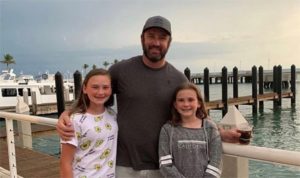 Sgt. 1st Class Richard Stayskal says he was driving home from softball practice with his 12-year-old daughter Addisyn earlier this month when he got a call from his lawyer saying his yearlong quest to hold military doctors accountable for their mistakes had been successful. 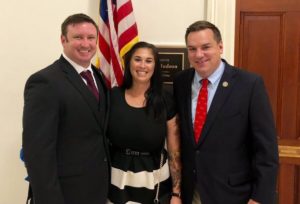 “I just told him I was a Green Beret from North Carolina, that I had lung cancer, and that there was a bill that recently passed through the House,” Stayskal, 38, told Military Times on Thursday.